From Dumb to Smart: Using Conversational Intelligence to Build a Better Bot

Conversational intelligence is the key to creating effective chatbots. In this post, I explain what the term means and why it’s so important.

Although there’s enormous interest (and hype) around chatbots these days, sadly most people’s first taste of using them can be underwhelming.

The problem is that even the best of the current crop of chatbots just aren’t that great. In fact, in some cases they appear to be dumber than Joseph Weizenbaum’s 1960s-era chatbot “Eliza.” Despite being a parody of a psychotherapist, even Eliza was able to perform parsing and templatic pattern matching. She could even extract keywords from messages to integrate them into clever responses. By contrast, many of today’s chatbots are using no more than simple regular expressions to trigger canned responses.

The result is a brittle, limited user experience and, not surprisingly, a lot of disappointed users.

The issue appears to be that many of the teams developing today’s bots are more focused on back-end service integrations (e.g., retrieval of account information) and transactions (e.g., order processing). Typically that means that they’re not able to spend enough time designing the user experience or learning from conversational data. As a result, chatbots are coming to market with only basic conversational abilities and little to no capacity for language processing, which severely limits what they can do.

The gap between reality and expectation is also being compounded because Apple’s Siri, Amazon Alexa, and Google Now can perform some pretty sophisticated natural language understanding tasks. These companies have put entire teams of linguists and machine learning experts on the problem and have been able to mine and model massive conversational data sets. The resulting services appear to have some level of conversational intelligence.

Unfortunately, the average bot developer doesn’t have the type of data or resources that those companies do. This means that user expectations simply cannot be met by the current generation of bots. Developers need a shortcut for adding conversational intelligence to their bots. The good news is that a number of platforms are starting to provide this.

I’ll get into that in a future post. For now, let’s take a closer look at what we mean by conversational intelligence.

The Key Attributes of Conversational Intelligence

Most humans exhibit conversational intelligence in every interaction. Not only do they know when to listen and when to talk, good conversationalists will also choose appropriate words for the situation, know to respond in the correct language that the other conversational participant is using, use an appropriate tone and apply the right level of formality for a given situation. If these things don’t happen the conversation doesn’t work as well, or at all.

Unfortunately, most chatbots today don’t exhibit these qualities, all of which are within the capabilities of today’s technology. As you might expect showing conversational intelligence doesn’t come from a single ability or action. Instead, it’s achieved by employing a range of techniques together. The end result is a much more intuitive and natural interaction that may even convince users that they’re talking to a system with some degree of intelligence.

Here are a just a few of the many properties to keep in mind when designing a conversationally intelligent bot:

This is all about choosing the right words to adequately express a concept to the user in a particular context. Should a meal-ordering bot offer a user a sub or a hoagie? A milkshake or a frappe? Should a tutor bot offer salutations or just say hello? Ideally, bots should be sensitive to user identity and preferences, regional dialect, and language variety when crafting interactions.

Understanding convention and etiquette for a given conversational context is critical. For example, in an informal social setting, it might be perfectly acceptable for a bot to greet a user with sup, bro? In a more formal business setting, the bot might opt for a Good afternoon, how do you do? When a bot and user are first getting acquainted, it may even make sense to apply honorifics (Sir, Madam, Dr., O Captain! My Captain!).

In any event, bots should be aware of the nature of the task and the prior relationship with the user in order to select an appropriate level of formality. Often, users provide important cues to their formality preferences (i’m doing awesome!!! how about you, my friend?), and bots should be able pick up on these as well.

It’s also important for a bot to be able detect and be proficient in the user’s preferred language. Despite the staggering number of bots in the world today (Facebook alone as more than 11,000), outside of Asia the vast majority are still just mono-lingual speakers of English (check out some of the exceptions here and here.)

Beyond language, knowing the specific dialect of a user can help bots understand what the user is getting at and how to respond. Dialectal differences in British vs. American English or Peninsular vs. Caribbean Spanish can lead to ambiguity and misunderstanding. The most conversationally intelligent bots will be able to navigate these differences and recognize dialect-specific vocabulary and patterns. In addition, bot developers will need to decide whether their bots mirror the user’s dialect or maintain branding consistency by using just one.

Discourse pragmatics are all about knowing not just what, but also how something was said in a particular conversational context and then deciding on a practical, situation-appropriate response. This requires paying attention to conversational dynamics: Who said what to whom, whether it was said directly or indirectly (I don’t think I’d like to continue with this service vs. cancel my account immediately), and how the time, place and people involved affect interpretation. This also involves knowing something about the different turns in a conversation, i.e.,  whether they contain greetings, statements, yes-no questions, apologies, or backchannels (phrases like uh-huh, I see, and really that indicate that you have heard and understood the speaker), as well as the order in which they appear.

When taken together, these aspects of language are critical for controlling the natural flow of the conversation and for helping the participants of the conversation understand each other and convey their intended message. Bots that are able to detect all of this and devise a strategy for responding appropriately will generate more natural, engaging conversations than those that focus on isolated words and sentences.

Pacing is related to discourse pragmatics and is determined by the delay time between turns in a conversation. Depending on the context, pacing can be interpreted by listeners as an indicator of hesitation, misunderstanding, or lack of engagement. If there’s a longer than expected delay between a user’s question and a bot’s response (due for example to back-end API calls, processing and retrieval) the user could very likely interpret this as a limitation of the capabilities of the system, lose trust and become disengaged.

Whenever possible, interactions should be designed in such a way to facilitate the natural pace and flow of human conversation. In cases where this isn’t possible, users should be kept informed of what the system is doing in the same way that they might be when speaking with each other (e.g. let me check on that – it will only take a second, bear with me for just a moment).

When a bot commits the inevitable misunderstanding, grammatical blunder or conversational gaffe, it should have the means to recognize, respond and recover. If the bot is empowered with a few phrases that acknowledge that it has failed (I’m sorry, I’m not following) and a few for eliciting clarification from the user (Could you please rephrase that?), it may be able to get back on track, complete the task, and learn a better strategy for next time, all while staying in the user’s good graces.

Together, the properties of conversation are what every speaker uses to communicate efficiently with each other. As humans, we have all come to expect them and rely on them in natural dialogue. As the number of chatbots continues to grow and expectations for what they can do continue to rise, conversational intelligence will be critical for human acceptance and adoption. 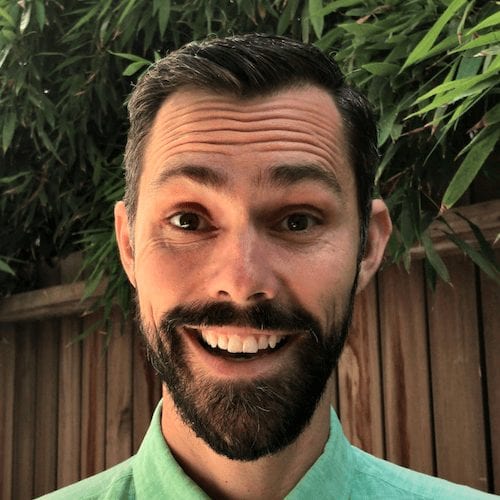 Episode 56: The Fascinating World of Linguistics, Emoji and Conversational AI 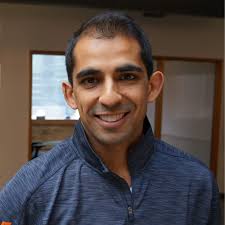 Hey, Is That a Bot? The Pros and Cons of Chatbot Automation